A Thanksgiving Tale, Written by…? 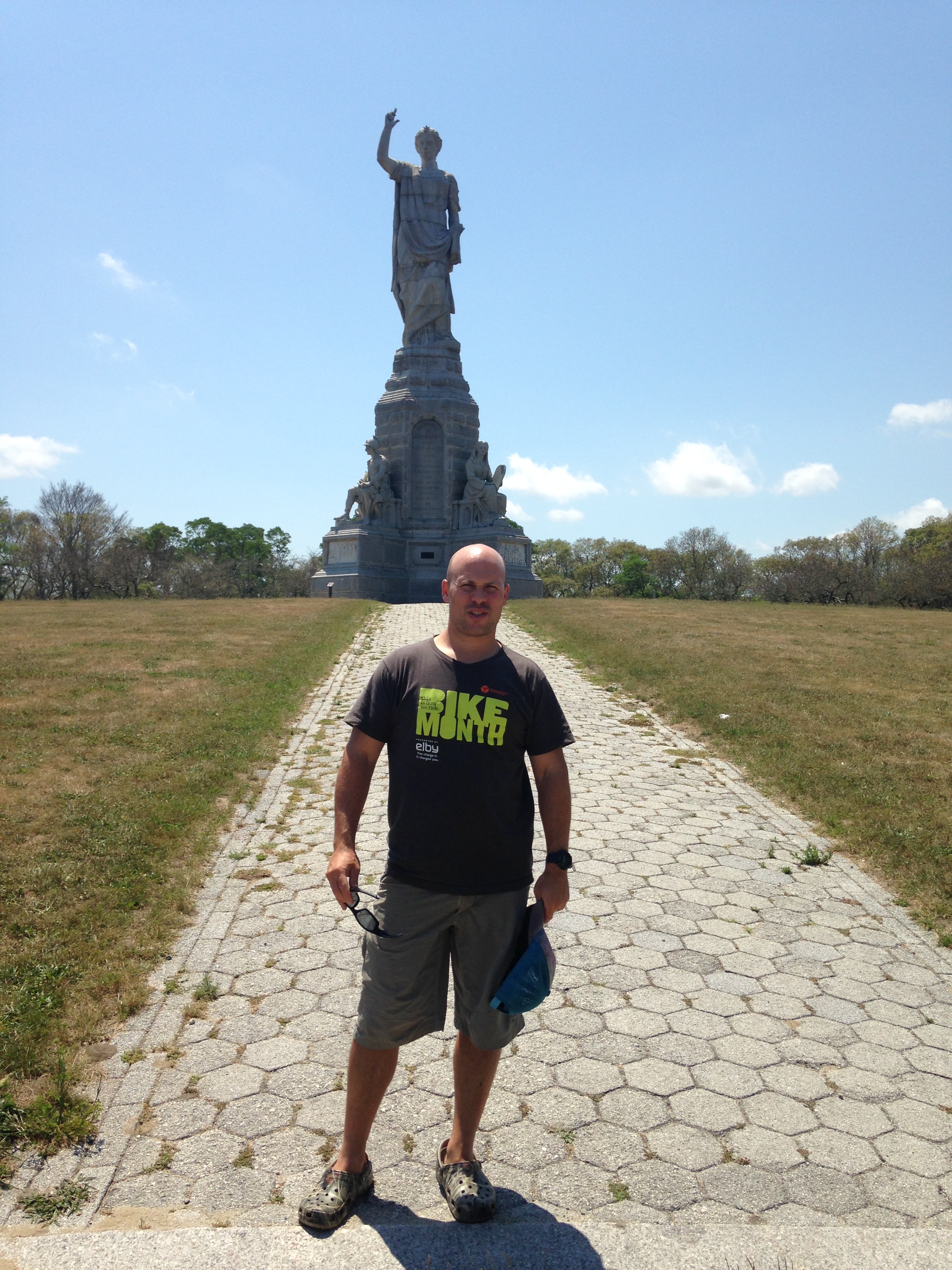 At the National Monument to the Forefathers, formerly known as the Pilgrim Monument, commemorating the Mayflower Pilgrims in Plymouth.

My Fund for Teachers fellowship immersed me in the actual world of the Pilgrims and allowed me to reflect on the myths that have been produced over the years about this iconic group of people. For me, the Pilgrims have always been one of the most compelling stories in American history and the reality of the topic has differed so much from the popular memory. I wanted to learn more about the true people and their world, how the myths emerged and why they were perpetuated.

The answers I discovered were complex and tell us a lot about who we are as a people. I came to notice that, in general, the way history is told can tell us more about the way in which it is being told than what actually happened in the past.

For example, during the Civil War when Abraham Lincoln called for a federal holiday that would become the modern celebration of Thanksgiving, he wanted to unify the country with a shared heritage during a crisis. At the turn of the century, when Teddy Roosevelt broke ground where the massive Pilgrim monument would stand in Provincetown, he wanted to make a grand statement about America’s rising place in the world. In the 1950s, when the Plymouth Plantation historical site was first created, accuracy was sacrificed to make the attraction more interesting for the mobile post-war middle class tourists.

And during the 1960s and 1970s, with the rise of the consciousness of American minorities, some historians swung too far in the other direction, portraying the Pilgrims as brutal perpetrators of violence bent on destruction. With the rise of new techniques for discovering information about the past, as well as the rise of data based analysis, historical sites now is getting everything right down to the last detail.

Back at The Urban Assembly of Law & Justice in Brooklyn, my fellowship informed high school students’ exploration of historical evidence about the Pilgrims and the Native Americans and myths that have emerged over the years. 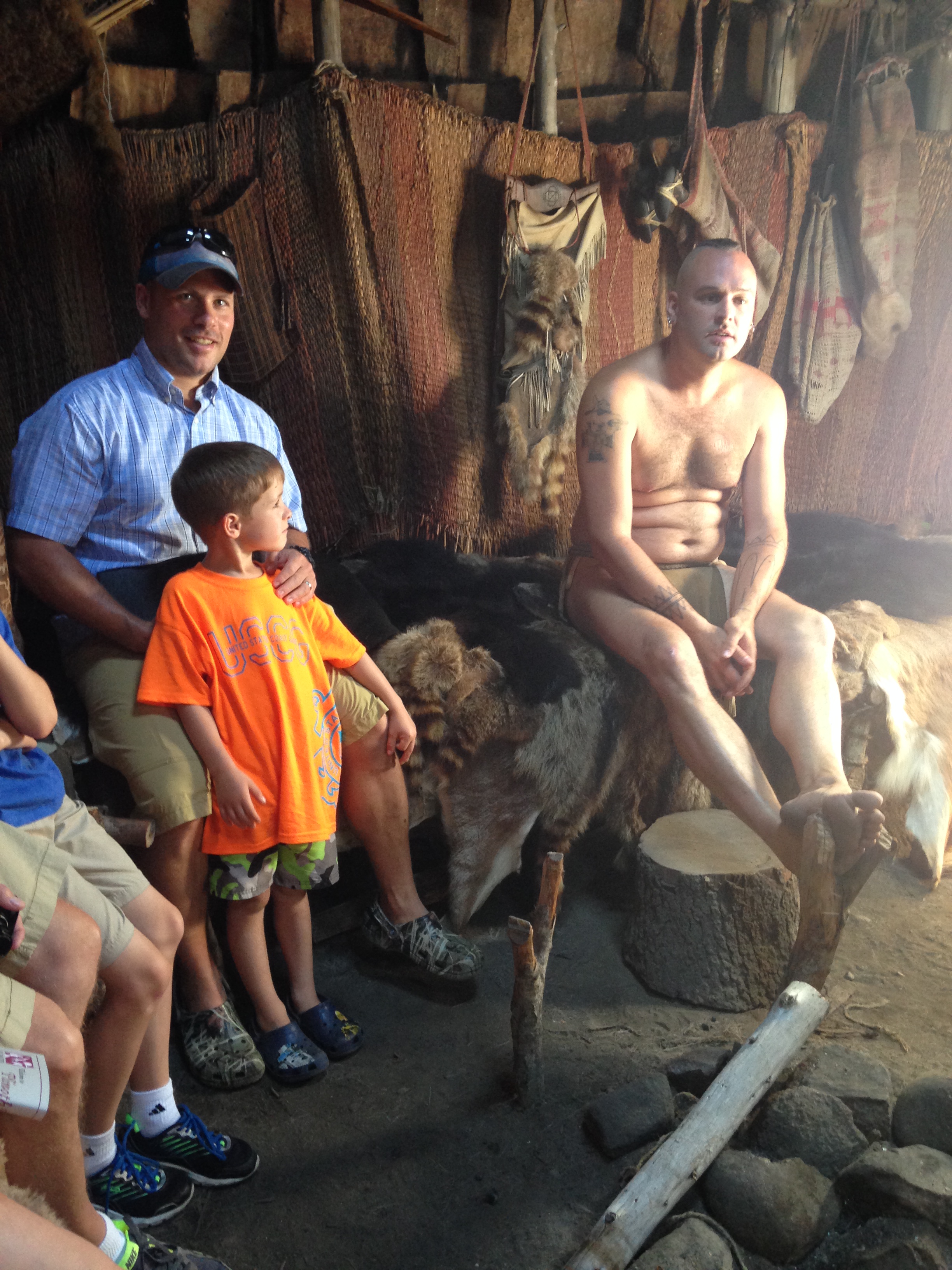 At the Wampanoag Homesite of Plimoth Plantation.

The Pilgrims, and every other US History topic that I have explored in depth, taught me that the past is always much more complex than is taught in the history books. For every general statement, there is a multitude of exceptions. For every question that we do know, there a many that are still unanswered and we can only speculate about. The challenge for the educator is to provide a rich and immersive experience for students to get excited about the subject, to be able to answer questions to get a full picture, and then engage in their own inquiry like I did.

Thomas Houston started his teaching career as a volunteer in the Peace Corps in Malawi, Africa. Since then he has taught at the School for Law and Justice in Brooklyn, NY, as a US History, Constitutional Law, and Global History teacher. He graduated from Colgate University in Hamilton, N.Y., with a B.A. in economics; and from New York University with an M.A.T. in social studies. Thomas is also a Marine Science Technician in the Coast Guard Reserve.