HYGGE: ˈh(y)o͞oɡə,ˈho͝oɡə/noun/ a quality of coziness and comfortable conviviality that engenders a feeling of contentment or well-being (regarded as a defining characteristic of Danish culture). 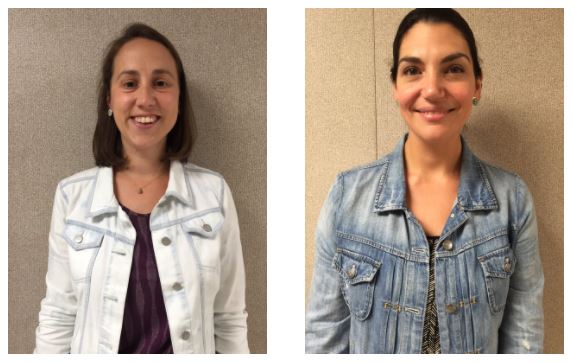 Danes’ battle the angst of isolation and environmental factors (i.e. long, dark winters) with “hygge” and FFT Fellows Meredith Hart and Leigh Cirasuolo (Haley Pilot School K-8 in Boston) believe the same technique could work for building community in the classroom. They designed a fellowship to explore how relationship building is consciously developed and cultivated in Denmark schools to promote balanced young people who are able to unplug, connect, and thrive socially, emotionally and academically. Their goal is to learn how teachers specifically teach empathy to create classroom community experiences that create student to student and student to teacher connections in order for them to become happier, healthier, and more successful students in a combined general/special education setting.

“Through research, we have learned that schools in Denmark have been utilizing practices that focus on empathy and relationship building for many years and have yielded individuals who consistently rate as some of the happiest worldwide,” said Leigh. “As long-time sixth grade teachers, we are acutely aware of how challenging the transition from fifth to sixth grade is and we feel this transition is an essential touchpoint in their development and thus one ripe to implement the Danish philosophies and routines.”

In their grant proposal, Leigh and Meredith acknowledged that Denmark has consistently ranked among the three happiest countries globally since 2012 (according to the UN’s World Happiness report) and that empathy education has been a required part of the Danish school curriculum since 1993. The teachers arranged to meet with school leaders implementing these strategies and also interview the students themselves. Meredith and Leigh are especially interested in the concept of Klassens tid (class time), which is the application of the Danish hygge (well-being) philosophy. Klassen tid lessons are aimed at creating student to student and student to teacher connections in the classroom that lead to more confident, self-reliant young people.

“Our goal from this fellowship is to merge our burgeoning student participation in Restorative Justice circles with what we learn about empathy education in Denmark. This fellowship will build our professional capacity for social-emotional instructional practices,” said Meredith. “We will learn to create schedules and classroom structures for community time that focus on student voice and agency around social-emotional development. Observing Danish Klassen tid lessons will prepare us to envision how we will put these intentional strategies into practice.”

The teachers have already obtained approval from administrators at Haley Pilot K-8 School to restructure the daily forty minute seminar block currently used for a variety of sixth grade activities to include components of hygge, such as helping students build connections and empathy with each other so that they are not as reliant on adult interventions.  The school has also committed to applying the hygge philosophy to address student stress stemming from Adverse Childhood Experiences (ACEs), Boston’s sixth grade exam that determines placement into selective programs and the transition to middle school. To involve families in the goal for increased social-emotional learning, Meredith and Leigh will run workshops on hygge philosophy and Klassens tid objectives at Curriculum Night and School Parent Council meetings.

“As our students transition from our sixth grade classroom to various seventh grades across the district, these lessons of empathy and social-emotional awareness will travel with them,” said the veteran co-teachers. “The broader community of Boston will benefit from our students who are better equipped to succeed socially and academically because of this fellowship.”

Learn more about the Danish approach to education, as well as the hygge philosophy, from these resources: