Teaching Is Scary — Especially About Murder

With their Fund for Teachers grant, Bryce McMinn (science teacher at Orville H. Platt High School in Meriden, CT) and Rachel McMinn (English/Journalism teacher at Success Academy, also in Meriden) researched notorious crimes of the 19th and 20th century in the United Kingdom to create cross-curricular learning through the lens of technology in the field of forensics and the role of investigative journalism in solving crime.

“There is little high interest content to demonstrate the evolution of forensic science, evidence collection techniques and crime scene processing. Additionally, there is the same lack of high interest content for that time period to adequately teach investigative journalism and the links between fiction/non-fiction writing,” wrote the teachers in their 2022 grant proposal.

To bridge both curricular gaps, Bryce and Rachel designed a fellowship to: 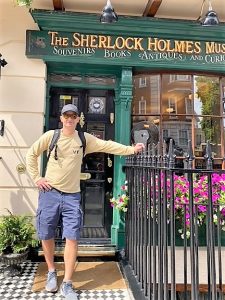 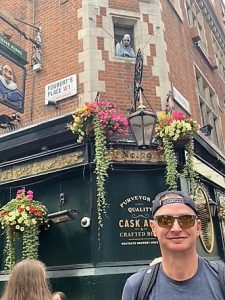 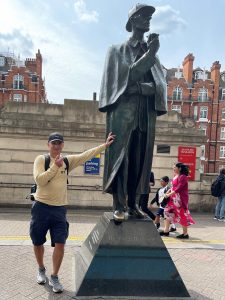 Their investigation included experiencing the Jack the Ripper\True Crime Museums to examine and document evidence of his crimes; documenting with a 3D survey crime scene of late 1800’s serial killers; interviewing at Kings College London Fellows from the Forensic and Analytical Science Department; touring the Sherlock Holmes Museum to examine evidence collection techniques; and viewing the British Library’s St. Pancras Newsroom‘s extensive collection of original newspapers from 17th-21st century, including those from the time of Jack the Ripper.

“We plan on using our fellowship experience to create authentic learning experiences for students that spark interest in STEM and investigative journalism,” said Bryce. “The learning experiences will consist of mock crime scenes from London and the students will have to attempt to solve them using modern era techniques and science.” A Forensics Club is also being proposed.

Rachel is pioneering an elective that leverages her fellowship learning into a study of investigative journalism and the role it plays in solving crimes both in the past and the present day.

“While London may be beyond their reach today, there are links to these units right here in the state of Connecticut,” she said. “Meriden is home to a world-renowned forensics laboratory for example. This might open students to think about career options in forensics and journalism.”

In the words of Sherlock Holmes, “Education never ends, Watson.” 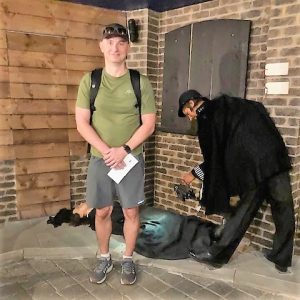 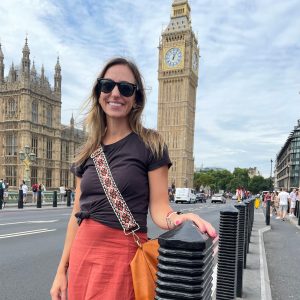