Paving the Way for Women

On this day in 1911, Suffragettes stormed Parliament in London. All were arrested and chose prison terms. Their leader was Emmeline Pankhurst – the focus of Eric Reid-St. John‘s fellowship. 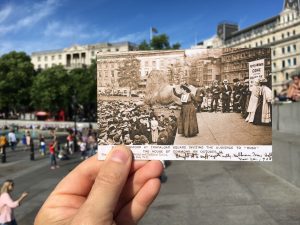 Eric, a theatre teacher at Spain Park High School in Hoover, AL, researched Pankhurst and the suffrage movement they incited. While in London, he found in Trafalgar Square the location of the 1908 rally for which Mrs. Pankhurst was also arrested (pictured). He then studied with three avant-garde theatres, laying the groundwork for his students’ creation of a play about Lady Constance Lytton, an English aristocrat who disguised herself as a working woman to support suffragettes.

“Through research, I found that I could relate a lot to Constance,” said Rachel Ponder, who played the lead. “However, most of all, I was so in awe of her dedication towards the suffrage movement. Being a part of this creative process has inspired me both as a woman and as a human being.” 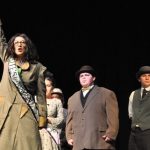 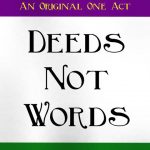 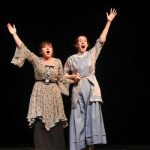 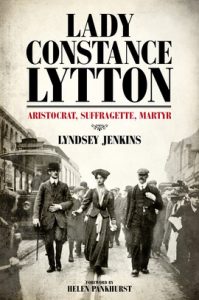 Ponder and 23 students representing each grade spent three months researching the suffrage movement in the United States and Britain before collaborating on a script and set. Each performer created a character journal comprised of photos, newspaper articles and other primary resources they uncovered. An Oxford professor who authored a book on Lytton Skyped into class to inform students’ research, as well.

“Current events were on my mind when I began this process and they continue to bring about a sense of urgency surrounding women’s rights,” said Eric. “My students took the history of this topic and explored its correlation with today’s headlines. They created a story that allowed people to see that the expansion of equal rights is the natural progression of a free society.”

Reviews are in, and at a state theatre competition, Ponder won Best Actress, her cast mates won Best Actor, Best Supporting Actress and Best Ensemble and Deeds Not Words was named Best in Show.

“Several of our seniors from that year’s show have gone on to study theatre at various universities, including Viterbo in Wisconsin (our lead actress from Deeds Not Words studies musical theatre there), University of Alabama in Tuscaloosa; Samford University and Birmingham-Southern in Birmingham; and Emory in Atlanta.

That ended up being my last year teaching in Alabama, as I took a position at a school in Middlebury, VT, the following year. This marks my second year directing the Addison Repertory Theatre at the Hannaford Career Center teaching ART – a class that allows students from area schools to focus on either technical theatre or performance during the school day. 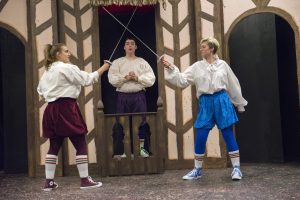 The techniques of devised theatre that I studied along with the suffragettes while in England that summer still impact the way I teach. The students and I have created two plays using devised methods over the past year; one took fables and folk tales and turned them into a children’s show that we toured to five local elementary schools, while the other challenged students to develop a series of short plays that were presented to sold-out crowds over two nights.

The theatre creation techniques I learned will continue to affect the way I teach for years to come. The research into the suffragettes will always continue to influence the way I view the struggle for equal rights. (I have also since been able to take my mother and daughter to the Women’s Rights National Park in Seneca Falls, NY, and have now attended two Convention Days there, annual celebrations that commemorate the first conference on women’s rights in the US).

Thank again for thinking of Deeds Not Words. I believe that was one of the most immediate and important works I’ve been a part of.”