Teaching The Day That Lives in Infamy

In 2015, Elizabeth Hoelperl used a Fund for Teachers grant to study the historical implications of the acquisition of Hawaii, as well as the strategic role of Pearl Harbor in WWII, to instill in high school students an appreciation of the unique circumstances that bind the 50 separate United States. In recognition of Pearl Harbor Remembrance Day, we checked in with Elizabeth to see if she still uses her fellowship experiences to inform her practice at Churchville-Chili Senior High School in Churchville, NY, and here was her reply…

I absolutely do! I still build upon the rich historical content from my FFT Fellowship.  My focus was initially on the strategic role of Pearl Harbor in WWII, but also dealt with the relationship between the indigenous peoples and the American/Europeans, and the geography.

In my co-seated AP US History/ IB History of the Americas course, I try to bring the story of Hawaii into the broader outline of nation building.  When I taught the Second Great Awakening, we used the story of the New England missionaries to Hawaii (Lahaina, Maui specifically) and discussed Hawaii as a whaling port. As we move into greater world expansion we’ll look at Hawaii as a fueling station midway between the American mainland and Asian trading partners. We use Queen Liliuokalani’s story to illustrate the conflict between the indigenous peoples and the American planters, as well as the U.S. special agreement to use Pearl Harbor.  Without building this type of context, it is hard to jump all the way to “The Territory of Hawaii was so important to the United States that the Japanese bombed Pearl Harbor in 1941.”  I need to build context and an appreciation of the connection for it to make sense. 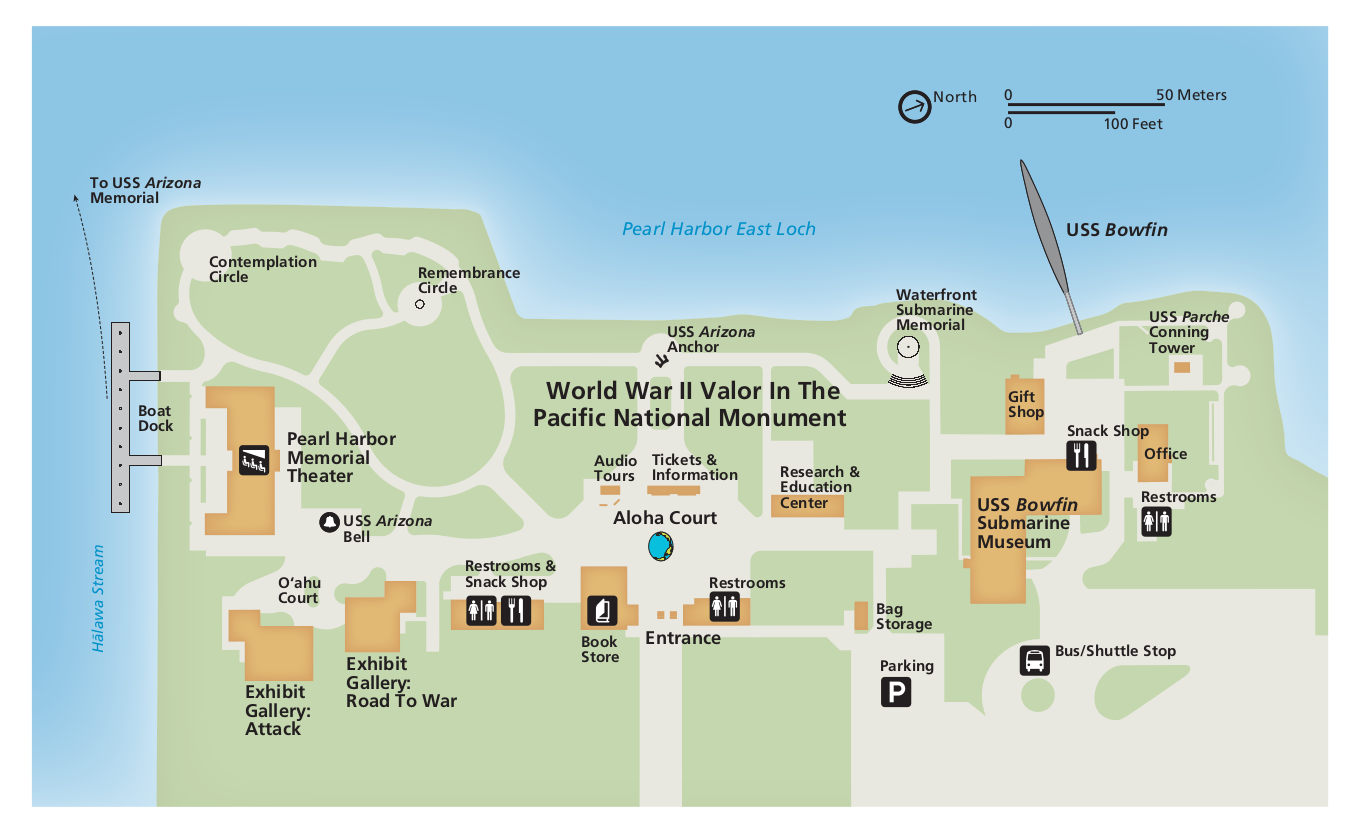 I utilize the park brochure from the World War II Valor in the Pacific Memorial for a tactile, image rich groupwork jigsaw.  The park service was nice enough to give me a class set.  My own images and stories highlight the experience.  The students are especially amazed that the U.S.S. Arizona is a final resting place; that the memorial is set above the sunken ship.  I show them the images of the pieces of the ship that are visible above the water line, and a photo that I took of the leaking gas/oil “the tears of the Arizona.”  We look at a list of the number of siblings that were together on the Arizona or fathers/sons.  I show them pictures from the National Memorial Cemetery of the Pacific, which many of them don’t know even exists.  They’ve heard of Arlington National Cemetery, but that’s it.  My goal is to really forge an appreciation for the human impact of the Japanese attack. 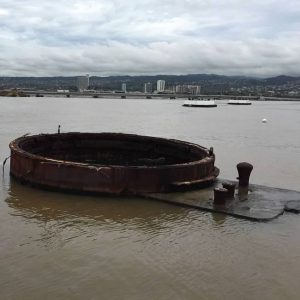 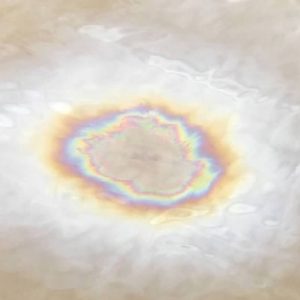 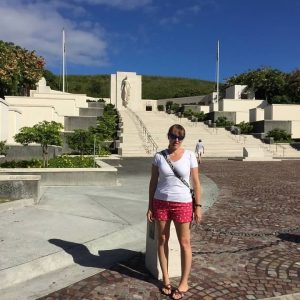 In 2015 when I was at the WWII Valor in the Pacific Memorial, I heard my name in the bookstore.  “Mrs. Hoelperl”  It was a former student of mine from Churchville-Chili Senior High School.  He and his wife were there on their honeymoon.  When I had him in class a few years earlier, I had been to Hawaii once (other trip was in 2000), but my level of academic integration of the indigenous, geographic, and political history was much more limited. Hopefully it at least inspired him to find the history, to learn the stories.

In my own life, my grandfather Captain James Frederick Sprague Jr. served in World War II in the Signal Corps. He was non war-time drafted in April of 1941 and was to be finished in March 1942. He was married in July 1942 but he did not conclude his service that year.  Pearl Harbor meant that he served until July of 1945, formally being separated from the army a few months later. Pearl Harbor changed his story, even though he wasn’t in Hawaii.  That’s part of the history I like to share with my students. 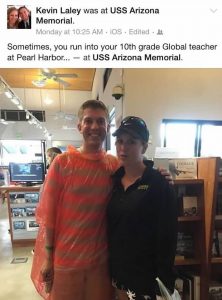 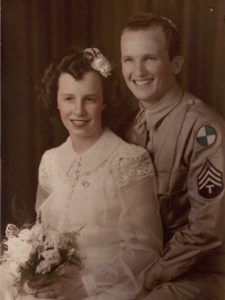 The experience was wonderful and changed how and what I teach, bringing about a depth of understanding that would be impossible to replicate.  I’m still grateful.

For the upcoming summer, Fund for Teachers grants will cover learning experiences within the continental United States and Hawaii.

Most significantly, Fund for Teachers encourages applicants to focus on topics and issues most directly facing our nation at this time. Our organization was founded on the belief that teachers are problem solvers and community leaders who inspire students towards action. We need this leadership in partnership with our students most urgently in areas such as equity, diversity, inclusion, climate change and civic engagement. Additionally, teachers on the front lines of education see firsthand the challenges facing their students, schools and communities; we welcome fellowship proposals that aim to resolve these issues.

Plan to join us for a national webinar about the application process on Wednesday, December 16, at 6pm CST. Register for your spot here.