At least 3,000 years before the modern world elected a woman to be a head of state, one woman led a country’s government, judicial system, religious life, and military.  Her name was Deborah, and somewhere around 1100 B.C. she was in charge of a collection of tribes known as the nation of Israel. A prophet, a judge, and a songwriter, she managed to be her community’s exemplar in pretty much every sphere of life.  Receiving a prophecy and passing it on to a commander named Barak, she initiated the overthrow of national oppression that had lasted twenty years. Hours after overseeing the stunning military victory, she wrote a song commemorating the occasion which has been passed down for three millenia. All in a day’s work.  Under Deborah, Israel experienced peace for forty years. Not a bad resume. 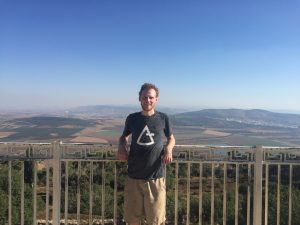 Atop Mount Tabor in Israel, the site where Deborah directed the nation of Israel to decisive victory.

Deborah is just one of the fascinating, and too-often overlooked women I was able to study this summer. In both ancient Greek and Judaic cultures, Wisdom is personified as a woman. Historically, women’s voices have often been ignored, with disastrous results for individuals and society. In the grand chorus of humanity, a vast section has been muted or diminished, weakening the full song. Last summer, I listened to the cry of wisdom, too often ignored, and paid attention to the parts of the choir too often neglected. 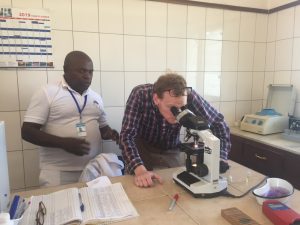 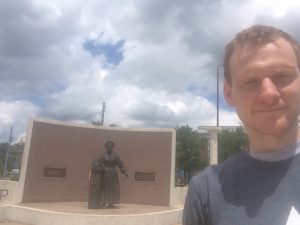 Hanging out with one of my favorite heroines, Sojourner Truth, in her hometown of Battle Creek, Michigan. She once said, “I feel safe in the midst of my enemies, for the truth is all powerful and will prevail.”

I teach students aged 12-18, two-thirds of whom are young women. I was astounded– and perturbed– when I sat down several years ago with a group of students and asked them about their heroes and role models. Only one referenced someone who had lived before the 1900’s. There is a desperate need for students to find historical role models in order to dream bigger than their surroundings and, as leaders, to walk our city and nation into a future shaped by the insights of past centuries. I see the need as especially urgent for young women. Oklahoma ranks as the 4th-worst state to be a woman, and we lead the country in female incarceration. Clearly, we are not championing our women to embrace greater destinies and live the fullest lives imaginable. All our students– but especially the women– need to see by example that they have the capacity to do far more than they have yet believed. They need historical proof to imagine outside of their current perspectives. 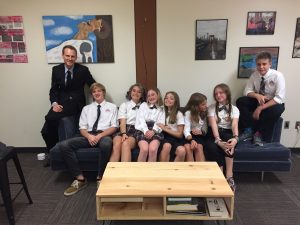 With my Fund for Teachers grant, I studied the lives, works and legacies of seven women who changed the world with their words in preparation to teach a course called “Women of Wisdom: 1100 BC to the Present.” Having taught a course on the wisdom literature through the centuries (Plato and Aristotle to Buddha, Moses, and Muhammad; from Lao Tzu to Mary Wollstonecraft and Benjamin Franklin), I used this fellowship to zoom in to just two braided traditions– Judaism and Christianity– to see what has changed and continued throughout the last 3,000 years. 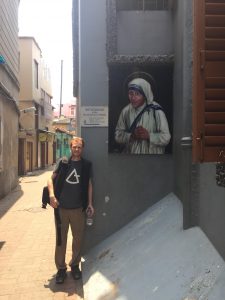 At the Mother House of the Missionaries of Charity, where Mother Teresa spent the last 44 years of her life.

Though they come from different eras, countries, and careers, each lived and wrote or spoke with courage and conviction in a way that has shaped the ensuing centuries. While they used words in a variety of media– songs, poems, sermons, speeches, diary entries, and books– all changed the world, and we have much to learn from:

My main questions were:

Back at Odyssey Leadership Academy in Oklahoma City, I am teaching with more perspective, more poise, and more passion. It is a huge privilege to create a space where my students are able to interface with some of the wisest women in history and to learn from what they said, how they said it, and who they were.  One thing I’ve discovered is how critical it is to get students learning directly from these voices. Learning about them is one thing– learning from them is something entirely else. Many of these women were deeply influenced by women of previous generations. For example, Mother Teresa was deeply inspired by Mary and by St. Therese of Lisieux.  Mother Teresa, in turn, had a deep influence on Dr. Heidi Baker. I hope that Dr. Baker will deeply influence my students, and they, in turn, will pass on their heritage to future generations.

This fall, I taught a course on Mother Teresa, and in March I will begin teaching a course on all the women I studied. After learning about Mother Teresa, I had students try to answer Q & A questions from her perspective.  Then I gave them the actual TIME magazine interview transcript of the same questions.  It was wonderful both to see how much our class was able to see through her eyes, and also how we were still surprised by some answers.  We clearly have more to learn from her. 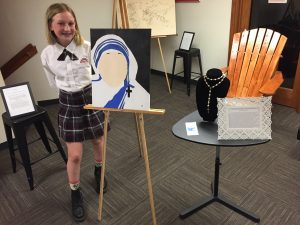 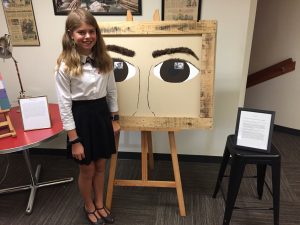 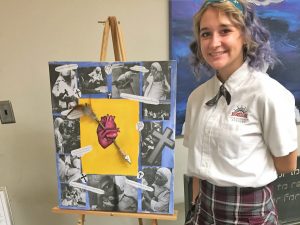 Mother Teresa stated, “Not all of us can do great things. But we can do small things with great love.” On the macro-level, this summer I engaged with women of wisdom of the last 3,000 years and was formed and inspired by their lives and their legacies, learning numerous lessons from these women who changed history. On the micro-level, I am encouraged by Mother Teresa that even the smallest act–correcting a paper or wiping down a whiteboard– can be, with the right attitude, a sacred act.

Sean Beckett  teaches at Odyssey Leadership Academy, an innovative school in Bricktown in Oklahoma City, where he teaches a variety of courses including the psychology of learning, English, and math. He also leverages his experiences competing nationally as part of Yale University’s travelling slam poetry team to coach his bold spoken word poetry students.  He is working on a book about his Fellowship experience tentatively entitled Schooled: Life Lessons From the World’s Wisest Women. He would love to connect and share more about his Fund for Teachers experience. You can reach him at  seanbeckett.ola@gmail.com.