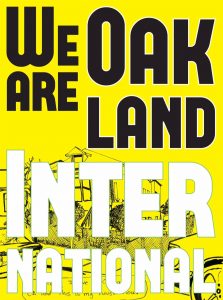 Congratulations to FFT Fellow Thi Bui, newly published author of The Best We Could Do, which chronicles her family’s escape from Vietnam and resettlement in America during the 1970s. A teacher at Oakland International High School at the time of her grant, Thi had never attempted comics before her fellowship. With books such as Maus by Art Spiegelman serving as inspiration, Thi documented in drawings discoveries from her past, images that informed her widely-released, hard back memoir published by Abrams Publishing in March.

While working out the book, Thi used her fellowship experiences to design and teach a high school art and history course titled “Comics as Oral History.” She later adapted this course for immigrants and English Language Learners, finding students shared their stories through images more freely than words. Thi and her students compiled these stories into their own book, We Are Oakland International.

“Fund for Teachers allowed me to retrace with my mother our family history in Vietnam,” said Thi. “It was an incredibly meaningful experience, especially since I was pregnant with my son going back and she had been pregnant leaving Vietnam 27 years prior.” 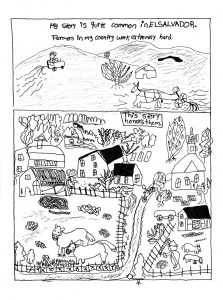 Thi’s story in images is especially prescient in light of the refugee crises around the world. In an interview with NBC News, Thi said:

“I wrote it from a place of empathy and trying to understand my parents as human beings rather than as just my parents. I’m hoping that translates to readers. This political discourse around immigration is so divisive, and I’m hoping that this story and where it was made from will remind people just to empathize. They’re human beings just like everybody else and I hope that will cut through and remind people that these are human beings we’re talking about, not “others.”

Pulitzer Prize–winning novelist Viet Thanh Nguyen calls The Best We Could Do “a book to break your heart and heal it.” Furthermore, Thi’s graphic novel is now required reading for every freshman entering UCLA and the University of Oregon.