Turning ideas into action is nothing new for Tracey-Ann Lafayette. As a student at the University of Connecticut, she founded Leaders in Diversity within the Neag School of Education after recognizing that students from underrepresented backgrounds lacked a support system. Upon earning her Masters in Education and beginning her career at Robert J. O’Brien STEM Academy in East Hartford, CT, she founded a statewide LID initiative for BIPOC teachers and even organized a virtual summit last summer called Melanin Magic for educators of color to to embrace and empower their identities in educational spaces. Student activism, however, was the focus of her Fund for Teachers fellowship. Specifically, Tracey-Ann and her colleague researched in Johannesburg and Cape Town, South Africa, the history of apartheid as influenced by Nelson Mandela to empower elementary students in social activism and restorative justice. 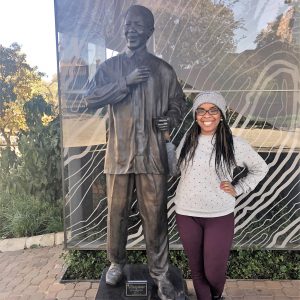 Outside of the Nelson Mandela Centre of Memory 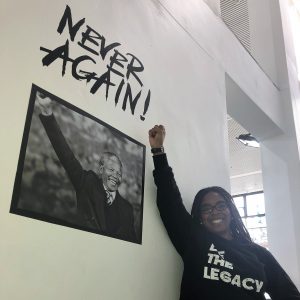 At the Robben Island Museum

“I continually shared with my students experiences and knowledge rooted in our fellowship – especially student activism while in South Africa,” said Tracey-Ann. “I think it’s important to teach my students to think critically and form their own opinions about the world so I try to give them information about a variety of topics that really make them think.”

And when they thought about Columbus Day, it didn’t make sense.

“They couldn’t understand why anyone would want to celebrate someone who caused so many issues and treated people so poorly so they wanted to speak up about that,” said Tracey-Ann. “We did talk about how even though they feel strongly about something that there are others who feel strongly on the opposite side of things, but they were determined to take action.”

Tracey-Ann felt it was important to support her students and show them that even as a third grader you can make a difference in the world. When the students decided to take their case to the school district, Tracey-Ann helped make it happen. The superintendent and assistant superintendent accepted the class’ invitation to dialogue about why they believed the school district should change the calendar to annually honor Indigenous People’s Day on October 12.

“My FFT fellowship was transformative for my teaching because it allowed me to engage in authentic learning experiences,” said Tracey-Ann. “Learning in South Africa about Apartheid made me curious about the local histories that are surrounding me that I haven’t considered. It also solidified the importance of teaching students about social justice and social comprehension, reminded me of the power that passionate individuals can have, and showed me the impact that children can have on their communities.” 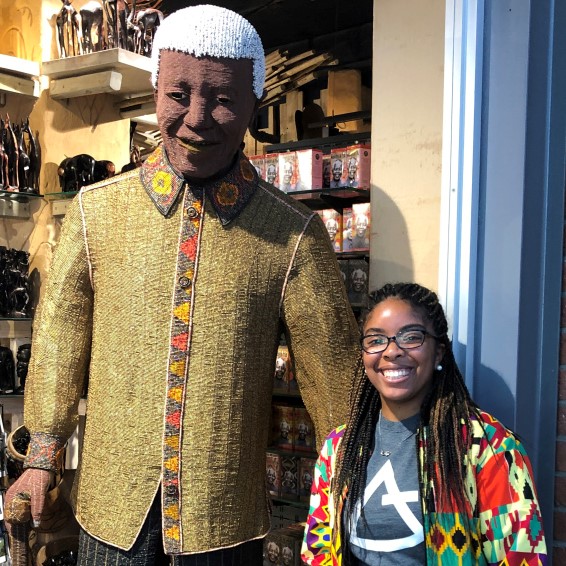 Tracey-Ann, who holds a Masters degree from the Neag College of Education at the University of Connecticut, is active on social media. You can follow her work on Instagram, Twitter and her blog, Learning with Lafayette. You can also learn more about why she teaches on this short video produced by UConn.