On this day in 1861, the Confederate Army attacked Fort Sumter, beginning the War Between the States that would kill 620,000 soldiers from combat, accident, starvation, and disease. Two states over and 159 years later, Blake Busbin teaches high school students why and how this period of our country’s history continues to influence their lives. Alabama’s passage of the Memorial Preservation Act sparked renewed discussion about historical memorials, specifically those of the Civil War; it also inspired Blake to design a Fund for Teachers fellowship around key battlefields and sites with particular attention given to analyzing the monuments that reflect the historical memory of the Civil War. 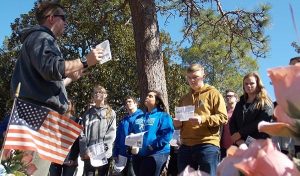 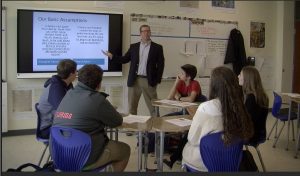 Blake holds an undergraduate, Masters and Ph.D. in Social Science Education from Auburn University; both his education and his location make the Civil War a familiar topic. His students, however, represent an increasingly diverse cross-section of society, hailing from more than 20 countries. Blake’s goal is for students to reconsider the history they often see, but might not understand. Before school closed due to COVID19, students were in the initial phases of constructing a community panel of experts to discuss the role of Civil War monuments before conducting their own deliberation on the Alabama Memorial Preservation Act. With the extra time at home, they’re now engaged in a project inspired by Blake’s fellowship proposal. 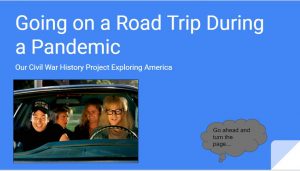 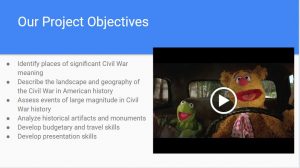 “Students are plotting their own Civil War road trip exploring the key sites and also doing some analysis of things like monuments and artifacts they would see,” said Blake. “Students’ initial thoughts and work have been amazing and they have really traveled off the beaten path in some ways.”

“By researching communities and scenes of controversy regarding monuments, I want students to envision these monuments’ current place both physically and politically in the civic dialogue about the role of monuments,” said Blake. “Ultimately, students will demonstrate what they have learned by composing a letter to be sent to their state representative and senator on the Alabama Memorial Preservation Act, either supporting, wishing to amend, or rejecting the law.”

Blake’s plans for his fellowship impact go far beyond the classroom. In collaboration with Auburn University and the Dave Mathews Center for Civic Life, Blake and the Auburn High School history department has begun a professional development initiative to foster opportunities for deliberation in the history classroom, as well as in the larger school environment and community. “This is part of an effort to build greater civic capacity in our school through fostering awareness of public issues and improving civil dialogue,” he explained.

Not surprising that Blake is a History Teacher of the Year for the state of Alabama and a “Final Four” candidate for Alabama Teacher of the Year. Enjoy this video he created for students, learn about the Auburn Veteran’s Project he established, and follow him on Twitter at @BusbinsClassAHS.