On this day in 1877, Chief Joseph and his Nez Perce people surrendered to the U.S. Army on the Bear Paw Battlefield after a 1,300 mile retreat — an event previously unknown to Jenn Raub and Sara Griffith‘s US History students at East Lyme High School in East Lyme, CT. Last summer, they journeyed across six states in 12 days — stopping at museums, schools, reservations and historical landmarks — to elevate Native American history above stereotypes.

“History is often told by the winners,” said Sara, “so often the ‘losers’ of this history were not heard. We designed this fellowship to promote and amplify the Native American experience.” 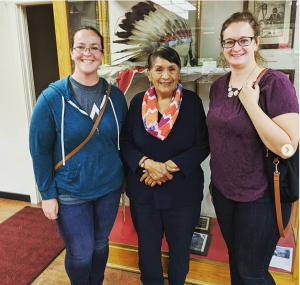 Meeting with an elder from the Northern Cheyenne tribe at the St Labre Indian School.

With each stop, Jenn realized that her students weren’t the only ones working with stereotypes.

“My impression of ‘The West’ had been all tumbleweeds and flat plains. I could not have been more wrong,” she said. “I hadn’t even thought about the landscape and its importance versus the content we would learn. The environment and my experience with the natural world actually added context to the history of the Great Plains region and helped me to make more sense of things.”

Sara and Jenn exemplify how FFT Fellows seek opportunities to define a problem and identify solutions. According to the East Lyme Historical Society, the first recorded inhabitants of the area where East Lyme High School now sits were the Western Nehantics, an Algonkian-speaking tribe whose territory stretched from the mouth of the river now named for them, the Niantic River, westward to the Connecticut River. These teachers felt compelled to teach their students — .2% of whom have Native American heritage — about their community’s history and the larger story of Native Americans. 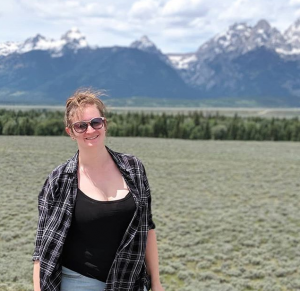 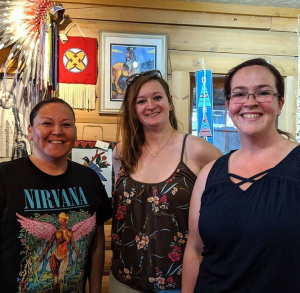 Meeting with Rose, a Crow woman and tour guide around the Little Bighorn area 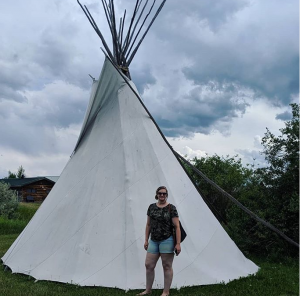 Jenn outside the Pioneer Museum in Lander, WY

“On my fellowship we were able to gather rich resources that our students will be able to use to increase their knowledge base and improve their analysis skills,” said Jenn. “In particular, students now grapple with issues of perspective in history and how those historical perspectives and issues impact their modern world.”

The content their students learn is now infused with multiple perspectives. A research paper is written from the standpoint of both Custer and Crazy Horse regarding the Battle of Little Big Horn. And members of the local tribe Western Nehantics come to classes to share stories about the history and culture surrounding East Lyme, CT.

“On a large and broad scale, the importance of humanity within history is being emphasized due to this experience,” said Sara. “When teaching a survey course, it is easy to get lost in dates and patterns of events. But it is important to stress how history impacted, for good and bad, the lives of everyday people. 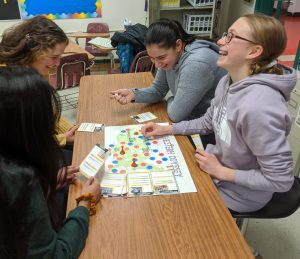 Playing a student-created board game that required students to develop their own perspective on the West and actions/events that took place there. 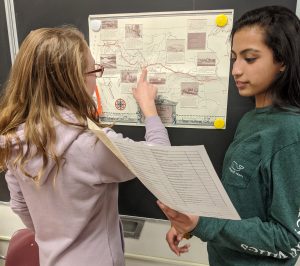 Planning a trip across the Oregon Trail complete with supplies and geography skills.