New Blog Series: “Get to Know Me!”

Back in the ’80s, when Saturday Night Live was funny, Jon Lovitz did a skit called “Get to Know Me!” espousing how the lives of people (i.e. Steve Martin) benefited from knowing him. We believe the same is true of our 2019 Fellows and are, therefore, beginning a blog series to introduce many of our grant recipients throughout the summer.

For our first installment, we introduce you to a Fellow whose fellowship ranks among the most unique we’ve funded in almost twenty years. Get to know Mick Posner of Conrad High School in West Hartford, CT. 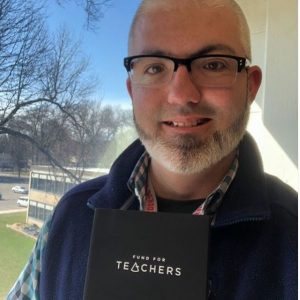 On why he designed this fellowship…

I am now in my 10th year of teaching American Sign Language (ASL), which was actually the first language I learned as a child because I was born deaf. As a faculty member of my high school’s World Languages department, I work with students in 9th through 12th grade. Students take my class to fulfill their World Language credit and to learn about the deaf community. More than 90% of my students have not been exposed to a sign language system until they take my class. I believe that students enjoy my class because they are being introduced to an entirely different culture that, in a sense, intertwined globally and for many of them, the challenge of communicating in different environments and situations is mutual.

Many people do not know that there are 200+ sign language systems around the world, each with their own grammar, vocabulary, influences and origins. Twice a year, my students complete a survey in order to share their feedback about my ASL classes. Consistently I receive the same inquiries — students have a strong interest in learning about unique deaf communities in other countries, particularly those shaped by linguistic and geographical barriers (such as the fact that deaf people in Cuba who are not allowed to drive and work full-time, among other government imposed restrictions. 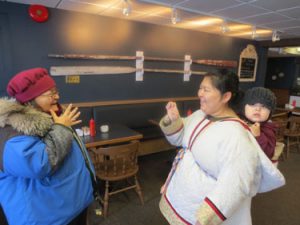 After conducting extensive research, I found very little exists regarding the Greenland Deaf Community (and deaf Inuits), thus leading me to the following learning experience that I wish to pursue: understanding how such an unique population survive in such a remote part of the world, despite their deafness, by becoming a student of Inuit Sign Language (ISL), which is the official sign language system of the Greenland Deaf Community. This fellowshipwill deepen students’ understanding of the human spirit’s resiliency and the importance of continuing learning and pursuing knowledge in sign language systems.

ISL is a dialect that is centralized around vocations (a large percentage of their vocabulary is focused on being able to communicate related to hunting and fishing) and survival skills.  It is a language based purely on livelihood and survival in a very remote section of the world and would be a strong evidence of sign language’s relevance to a community that depends so much on a particular dialect to survive. There’s not many other languages like this, particularly in the form of a sign language system. 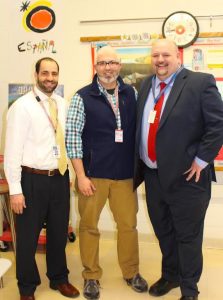 From this FFT experience I will have my students actively involved in the creation of online resources regarding different deaf communities around the world. In this project, students will include locations of community, what makes them unique, how they interact with the rest of their community at large, and the identification of unique signs necessary for survival.

When I first found out I was an FFT Fellow, I was overcome with an extraordinary sense of relief. The grant was something I had worked diligently on for four months, stemming from an idea I had from over a year ago based on articles I read the previous summer — quickly, that feeling turned into so much joy. My students were really excited for me — after it was announced, I asked if I could have a few minutes to call my wife. My 5th period class (that was when it was announced) voiced their support and understanding.

The impact on students already exists — I received several congratulatory and well-wishes emails from parents who shared that their students came home and told them about the FFT award. Along with a few additional parents who contacted me via social media, some of my seniors shared that they wish they could stay in high school for another year so they could hear about the experience (of course, I will see if I can extend an invitation to them when the time comes.) 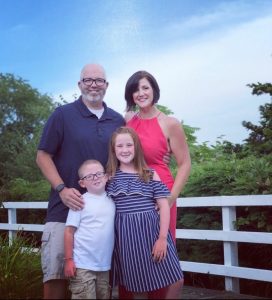 Mick is the only member of his family who was deaf, yet his parents believed in having ASL as his first language, which he learned before English. You can learn more about his life experiences and his own family from the A&E documentary “Born this Way Presents: Deaf Out Loud.” He and his wife also own Posner Inclusion, a consulting firm that creates bridges between businesses and unique markets, such as the deaf population.