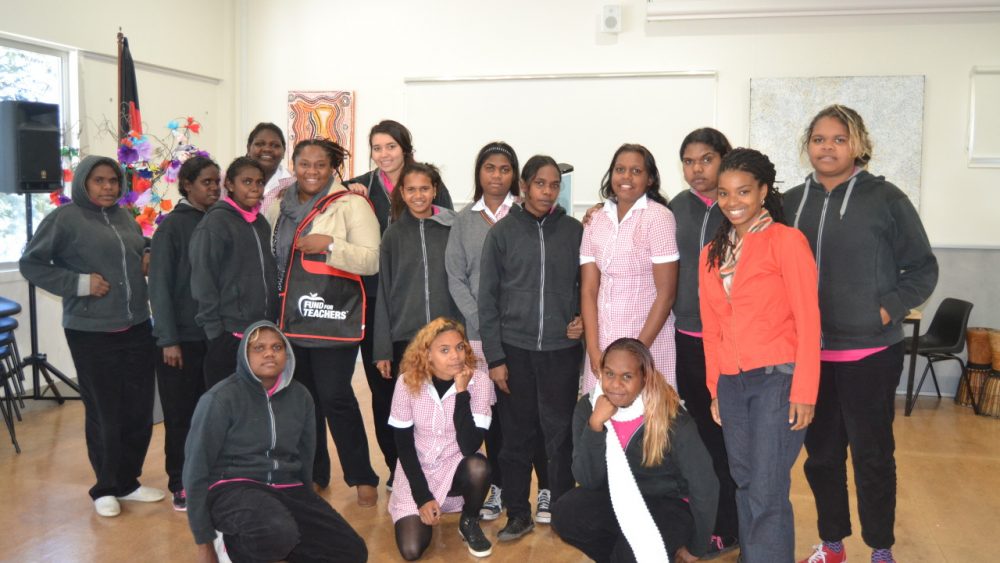 Civil Rights for Aborigines and African-Americans

When Europeans first began to colonize Australia in the 18th century, the traditionally nomadic culture of the Aborigine people changed drastically. Under British rule, the Aborigines lost much of the land that they lived off of for centuries. They were subjected to removal of their children from their homes, racism and genocide, denied the right to vote and state benefits and segregated from the main population of Australians. Due to their dark skin the Australian Aborigine people were easily identified and discriminated against. In the 1920’s, the beginnings of a Civil Rights Movement in Australia began to emerge. However, it wasn’t until the 1960′s that the movement began to gain traction. Freedom rides and peaceful protest modeled after the American Civil Rights Movement led to a constitutional referendum allowing the Aborigine people equal rights as Australian citizens.

As English teachers at FDNY High School for Fire and Life Safety, we both noticed a need for units of
study to introduce our students to the diverse world to which they currently have little access. Studying the Aborigine Civil Rights Movement allows our students to connect with a culture across the globe and discuss similarities of the human experience, cultivating empathy and compassion for all of humanity. Therefore, we designed our Fund for Teachers fellowship to spent two weeks in Australia researching the Aboriginal Civil Rights movement to discover how it reflects the more familiar struggle of African-Americans in the United States and create a curriculum about how self-expression helps convey human experiences common throughout the world.

We started our research in Melbourne, where we visited several Aborigine museums and cultural centers. Also in Melbourne, we visited the Worawa Aboriginal School and met with the director, Ms. Lois Peeler. Ms. Peeler and her three sisters are the subjects of the movie The Sapphires that was released in the United States last year. She is to the Aborigine Civil Rights Movement what Rosa Parks was to African Americans. She is also the first Aborigine Super Model in the world.

While visiting the girls-only school, we had a meeting with several heads of departments there and
were given access to class rooms, dorm rooms and other areas of the school including spending time with the students. Over lunch, we learned from Ms. Peeler and others about the Aborigine movement and the progress of the Aborigines in Australia. We discovered that many of the girls were deaf because they live in remote villages and didn’t have access to proper medical care. However, to help with that, all the classrooms have surround sound hearing aids and the teachers speak through a microphone hung from her/his neck.

Our initial question was “How did the American Civil Rights Movement influence that of the Aborigine People?” However, not long after we arrived we realized that we would have to first answer other questions, such as “Where are the Aborigine people now?” We were surprised to find that not
many Australians knew about the Aborigines or simply where they lived. Even when we visited the cultural centers, information about the Aborigine people was limited and sketchy. Visiting the Worawa School really enhanced our learning.

Our second week was spent in Sydney were we visited an Aborigine cultural center. We were privileged to sit with elders who told us stories and showed us how to create our own boomerangs. We witnessed
traditional dances and participated in a smoke ceremony.

We developed the following essential questions to engage our students and school community:

How did the American Civil Rights Movement influence that of the Aborigine people?

In addition to looking to at the American Civil Rights model, we also study Aboriginal literature to discover what forms of self-expression the Aborigine people used to convey their challenges and triumphs? Our two texts for the unit are:

The poems we study include “A Song of Hope” by Oogeroo Noonuccal; “Word of a Ghetto Child” by Ray Sailor; and “What Becomes of us Now?” by Richard G. Kennedy. We also study poems from African American poets such as “Mother to Son” and “Too America” by Langston Hughes and “America” by Claude McKay. Through these books and poems, students experience the pain, the fears, the hopes, dreams, resilient spirit and the triumphs of the Aborigine people. We will seek to uncover what heroes or key figures emerged during this movement and how they use words to inspire change. Answers to these essential questions help our students understand the human struggle and human experience through the similarities in the fight for equal rights of Aborigines and African-Americans.

In addition, we developed an interdisciplinary curriculum unit with colleagues which will spark a culture of leadership, growth and learning among our school staff and we learned how two cultures so drastically different, used similar methods to gain equal rights. Students are learning about the Aborigine people through viewing photos, video footage and artifacts. They now know that African-Americans are not the only group of people who have had to fight for equal rights. This has cultivated empathy within our students, as well as a connection to another culture.

Learning about the struggle for human rights across the globe has fostered a sense of citizenship within our students, inspiring them to fight for themselves, as well as others, in the face of inequalities at the hands of the society. Students are also learning to value and understand differences among people. We help them begin to understand that the human experience is similar across many cultures. The Australian Aborigines, to which we may feel we have very little connection at the surface, faced inequalities and injustices similar to the family members of many of our students. This realization develops a tolerance for difference and a sense of advocacy for
others who may be suffering.

Living, studying and traveling within Australia for two weeks allowed us to gain a deep understanding for the Aboriginal people. Consequently, we now teach our students about what we learned with a passion that stems from personal experiences. We serve as examples for our students to take advantage of learning opportunities and never be afraid to grow professionally or personally. This opportunity to learn and carry out our own professional development allowed us to cultivate our interests and think carefully and strategically about our skills, knowledge and curriculum development practice as well as to foster our curriculum development skills. Through our fellowship, we developed a
common core unit based on what we observed and lived is an unmatched once-in-a-lifetime opportunity that surely ignited a fire within us.