In recognition of the anniversary of 9/11, today we feature an article originally shared in 2009 by a teacher who designed her Fund for Teachers fellowship as a result of the attack.

Millennium High School, where I teach, is located in lower Manhattan and was founded largely in response to September 11, 2001. The Islamic Studies history elective was offered from 2007 through 2010 and many of my students in those classes have vivid memories of that day; some were even watching from their elementary school window as the towers fell. All of my students were deeply affected and carried a great deal of pain and fear because of it. Unfortunately, they also carried many misunderstandings of Muslim people and cultures.

Students in my Islamic Studies class frequently referred to Muslims as “them” and believed that Islam was in some way responsible for 9/11. Fortunately, my Muslim students’ courage to speak openly about their traditions and faith had a profound effect on their non-Muslim counterparts. Suddenly, we all had to face, head on, our assumptions about the “us” in the room and the “them” out there in the world who meant us harm. 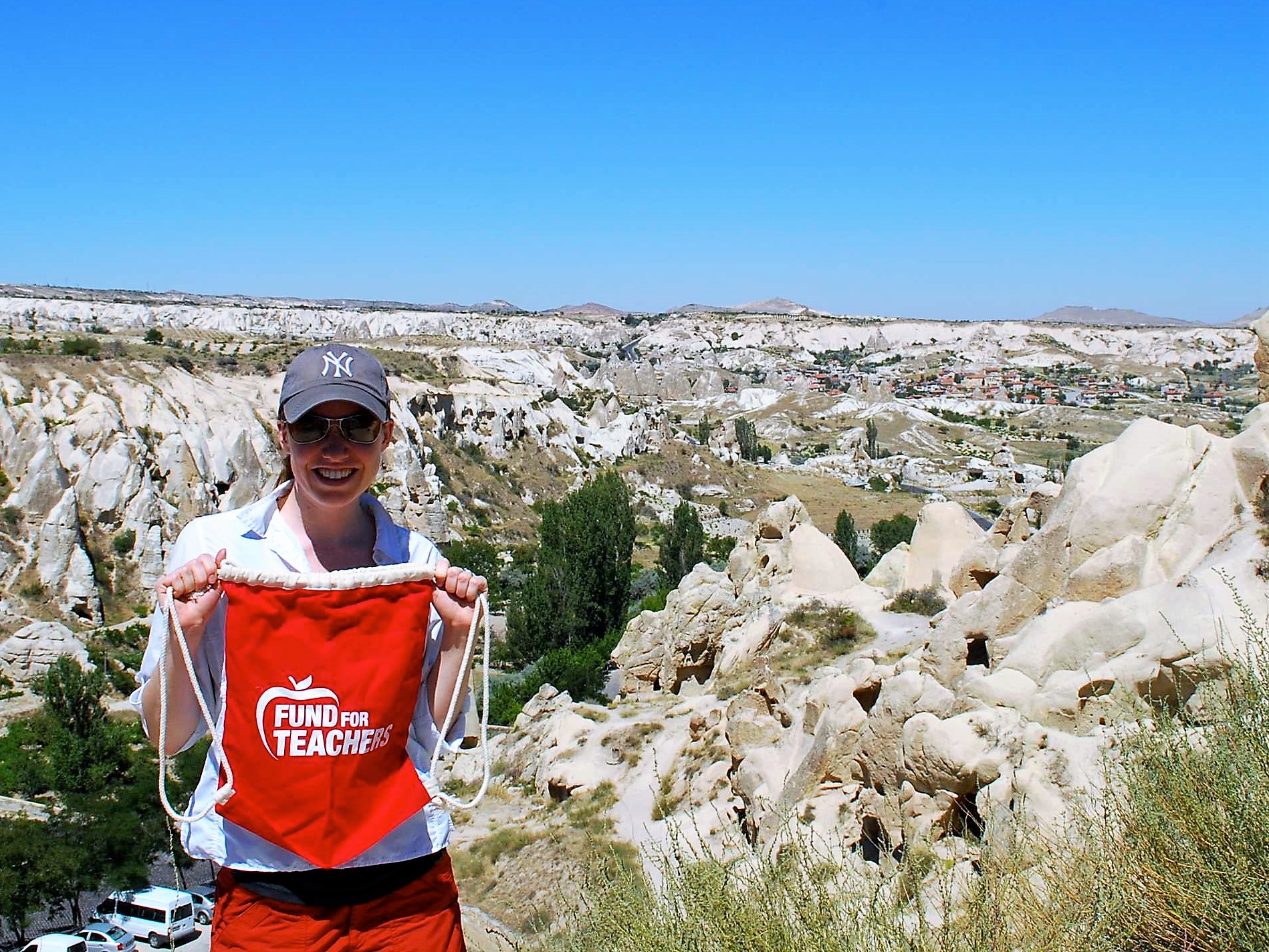 After one year of teaching this course, I knew I needed to gain more perspective and experience with Muslim culture. Fund for Teachers awarded me a grant to study in Turkey the Ottoman Empire and photograph Islamic architecture for my classes. I immersed myself in the local culture, visiting local schools, bazaars, parks and Mediterranean port towns, in addition to sites such as the 1500-year-old Haghia Sophia and ruins of the Library of Celsus and the Temple of Diana in Ephesus. Turkey was a wonderful example of the broad spectrum of belief that can exist within a religious tradition. Ninety eight percent of Turks claim Islam as their faith; yet in Istanbul, I saw traditionally-dressed women strictly adhering to the customs of their faith alongside women in lipstick and mini-skirt suits ignoring the call to prayer.

My journey to Turkey was eye-opening. The reality of Muslim culture was so much more multifaceted than I imagined. I had to face my own misconceptions and prejudices. If I was going to ask my kids to look at their beliefs and assumptions honestly, I had to do the same. Back in the classroom, the more we discussed and learned about Islam, the clearer it became that the perpetrators of 9/11 do not represent the roughly 1.4 billion Muslims in the world. My students concluded that Muslims are not people to be afraid of or hated. By the end, we were all much more aware of who we refer to as “us” and who we refer to as “them.”

Tacit observation (as through a text book or by watching the news) does not help us better understand one another or dispel any prejudices, but rather helps to reinforce them. It was only through engaging with another, through this fellowship, that I was able to work through my preconceptions to a new understanding. When my students and I challenged ourselves to be honest and develop skills such as analysis, objectivity and contextualization, we discovered that our fear-based assumptions are just that. Reality, for better or worse, is far subtler and more complicated than we imagine.

Corey is a 2009 Fund for Teacher Fellow who taught at Millennium High School for ten years before helping found the Blue School. Most recently, she works as a racial equity coach and consultant, as well as a  board member of Women’s Empowerment Coalition of NY  (Pictured, above, being welcomed at a local park in Sultanahmet, Instanbul.)