The death of Queen Elizabeth II evokes a wide range of emotions and much reflection on the history associated with the longest reign in the British monarchy. The global attention on royalty also brings to mind the fellowship of Stephanie McCrary, history teacher at Decatur High School in Decatur, AL.

Stephanie used a Fund for Teachers grant to work alongside experts in British public history at the Royal Archives and British Library in London to make historical documents more accessible to the public and create video learning around the reign of the Hanovers and the British Empire during the 18th-20th centuries. (The House of Hanover preceded the current House of Windsor in the British monarchy). Stephanie designed this fellowship to help students learn how to use primary sources, as well as to realize the relevancy of world history.

“The students in the United States have reached a point where they view history as simply a class that has to be had to graduate, and assume that it is not utilized outside of schools,” wrote Stephanie in her grant proposal. “I want to observe and analyze the methods used by England to make those connections between educational history and public history.” 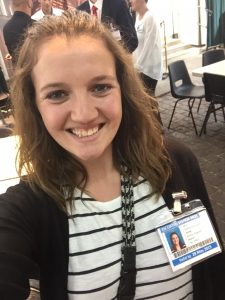 With her official pass in the Royal Archives 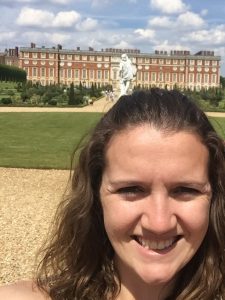 For three weeks during the summer of 2019, Stephanie pursued three initiatives: 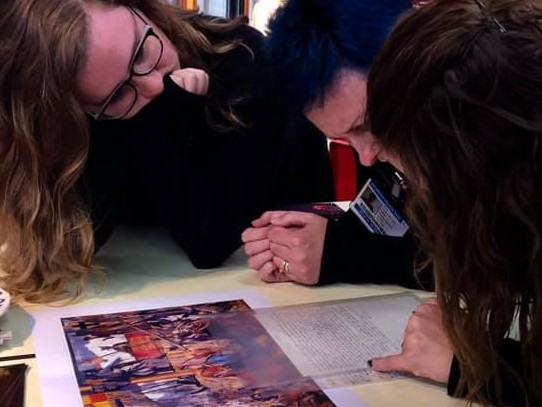 Upon returning home from her fellowship, Stephanie partnered with Dr. Jeff Bibbee, professor at the University of North Alabama, to incorporate the Georgian Papers Programme into her classroom. Together, they taught her students about archival work and its importance in education. Then, the Georgian Papers Programme allowed the students to transcribe Hanoverian Documents — making them the only high school students ever to do so.

“During this fellowship I learned about the collaborative efforts that occur between archivists, public historians and educators. In order to have a true historical and educational experience for students all three have to come together to create and organize historical content in an accessible way for students,” said Stephanie. “This time in Europe  allowed me to make connections with archivists and historians and empowered me to bring primary source content into my classroom, impacting my students for years to come.”

A secondary outcome was demonstrating how learning is accomplished beyond the classroom. Stephanie served as a role model who pursued knowledge and experiences in a variety of individuals and sources — not text books or Google.

“According to the United States Library of Congress, using primary sources fosters active reading and response and makes students question creator bias, purpose, point of view and even their own assumptions,” said Stephanie. “When students learn to compare competing points of views, they become better equipped to be productive and active citizens of our society.”